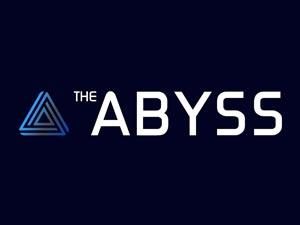 Destiny.Games to Conduct Token Sale of the Abyss Project – a Next Generation Gaming Platform

Destiny.Games, the Russian developer and operator of video games, announces the Token Sale of the Abyss project, a new generation digital gaming platform, which will allow gamers and developers to earn money by participating in multi-level referral and motivational programs, auctions of game items, creation of game content and other gaming social activities. At the moment the volume of investments in the project has already exceeded $ 1.5 million.

The Abyss offers developers a fundamentally different logic of advertising interaction. By directly buying and selling targeted traffic to one another and receiving payments even from users leaving the game, developers are their own kind of partners. The model for interaction is thus altered from being competitive to being collaborative and mutually beneficial. It provides an ability to reduce expenses on being competitive and accordingly entails potential income growth for developers.

The Abyss offers a wide range of profitable options for players, such as referral payments, rewards for gaming achievements (one’s own, as well as those by friends brought into the game) and payments for creating content.

According to the CEO of Destiny.Games Vladimir Kurochkin, in the modern digital era gaming entertainment has penetrated almost in all areas of our activities. “Over the past three decades we have witnessed unprecedented development in the gaming industry. Video games initially challenged other forms of entertainment; now they are the definitive leader,” he says. “The gaming industry in 2017 exceeded an income level of $100 billion. Today the figure is around $105.4 billion. The market has expanded by 12% so far this year, and by 2020 it is expected to grow by 60-80% to reach the level of $168.8 billion.”

The market segment of massively multiplayer online (MMO) games expanded by 13% in 2016 with the number of active users reaching 879 million, primarily regarding free-to-play (F2P) MMO games, a priority for the Abyss platform. “We are pretty sure that now is the most successful time for creating a fundamentally new gaming platform. In fact, the Abyss is Steam of the new generation. One of the features of our project is blockchain technology, which we believe has excellent prospects in the gaming industry, as it allows to take advantage of crypto currency and tokens.”

ABYSS tokens are a priority internal mechanism for interaction on the platform (Protocol ERC20 on the Ethereum blockchain). Tokens can be purchased with Ethereum (ETH) and Bitcoin (BTC) on the official website of the project. The cost for ABYSS token is 0.0004 ETH and 1 ETH for 2,500 tokens, or the equivalent of this in BTC at the exchange rate at the time of payment.

The Pre-Sale of ABYSS tokens is scheduled for January, 2018. The main stage of the sale (Token Sale) will take place in February, 2018.

The Abyss gaming platform is created by the specialists of the Russian company Destiny.Games (founded in 2008), which performs a full cycle of launching and managing gaming projects, develops its own MMO games, publishes and localizes browser and client games of other developers in Russia, including AAA-class client games. Destiny.Games portfolio includes such successful projects as TERA: The Next, “Botva”, Music Wars, Moswar and others.

More details about the platform the Abyss and the planned Token Sale of the project can be found at https://www.theabyss.com.

SAN FRANCISCO, CA— August 6, 2020 — Today, Ubisoft announced the release of For Honor’s newest Hero as part of its Year 4, Season...