TORRANCE, Calif., Nov. 15, 2018 /PRNewswire/ — With a video teasing its on- and off-road capabilities and adventuresome spirit, today Honda announced it will unveil the all-new 2019 Honda Passport on November 27, the day before making its auto show global debut the 2018 Los Angeles Auto Show. The reveal will be livestreamed and available for viewing on Honda’s YouTube channel (https://honda.us/PassportReveal) starting at 3:30 p.m. PST. 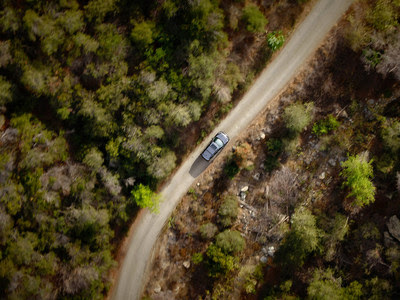 The new Passport, launching early next year, expands on Honda’s award-winning light-truck lineup, joining the HR-V, CR-V and Pilot as Honda’s fourth SUV and its sixth light-truck model, including the Odyssey minivan and Ridgeline pickup. Passport was designed and developed in the U.S. by Honda R&D Americas and will be manufactured at Honda’s Lincoln, Alabama plant.

Honda brand light-truck sales are on track for a fourth-straight record year, on the way to top 700,000 units for the third year in a row and now accounting for more than half of the Honda brand’s U.S. sales so far this year, with light-truck sales up 5.3 percent from year-ago results. Further strengthening its capacity to meet record demand for light trucks, in August Honda added production of the CR-V to a fourth North American plant, in Marysville, Ohio. The CR-V is now Honda’s top-selling model and continues as the most popular SUV in America over the past 20 years. Earlier this year, Honda launched freshened versions of its Pilot and HR-V sport-utilities, with upgraded technology, expanded availability of Honda Sensing®, and more premium features. Strong demand for the Honda Pilot has sales up more than 41 percent for the first ten months of 2018.

The Honda light truck lineup has been widely recognized for excellence in design, packaging, safety features and performance, with Honda named America’s “Best SUV Brand” by U.S. News and World Report in 2018, for the second straight year. Reflecting Honda’s commitment to local production, the Odyssey, Pilot and Ridgeline recently took three of the top 10 spots in Cars.com’s 2018 American-Made Index.

For More Information
Consumer information is available at automobiles.honda.com. To join the Honda community on Facebook, visit facebook.com/honda. Additional media information including detailed pricing features and high-resolution photography of all 2018 and released 2019 Honda models is available at hondanews.com.

About Honda
Honda offers a full line of reliable, fuel-efficient and fun-to-drive vehicles with advanced safety technologies sold through over 1,000 independent U.S. Honda dealers. The Honda lineup includes the Fit, Civic, Insight, Accord and Clarity series passenger cars, along with the HR-V, CR-V and Pilot sport utility vehicles, the Ridgeline pickup and the Odyssey minivan.

Honda has been producing automobiles in America for more than 36 years and currently operates 19 major manufacturing facilities in North America. In 2017, more than 90 percent of all Honda brand vehicles sold in the U.S. were made in North America, using domestic and globally sourced parts.

SAN FRANCISCO, CA— August 6, 2020 — Today, Ubisoft announced the release of For Honor’s newest Hero as part of its Year 4, Season...