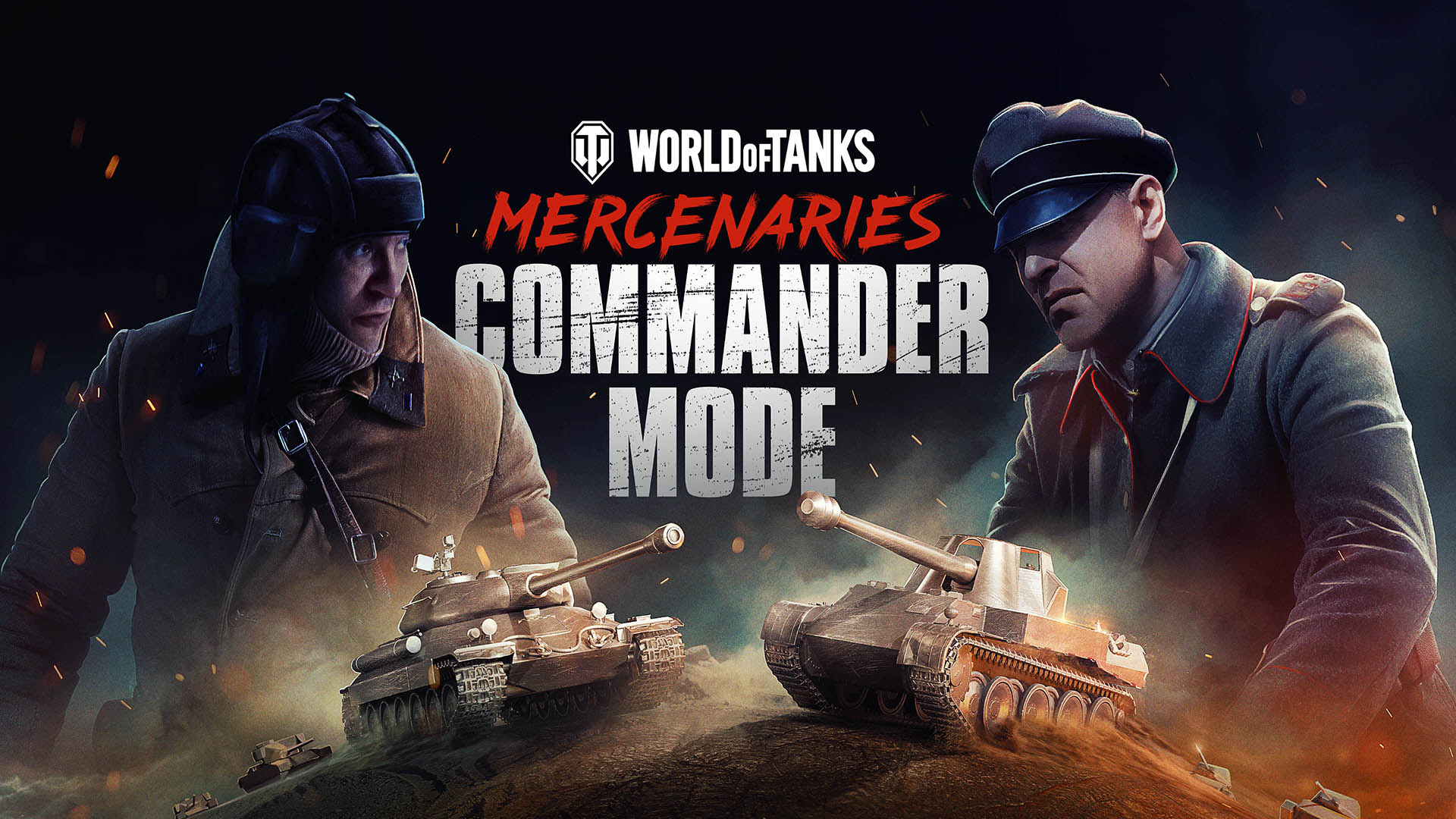 As part of the new update, players are introduced to the new Exact Armor Value Indicator, which gives tank Commanders immediate feedback into the health of their vehicles and adds a whole new tactical level to gameplay. Each highlighted armor plate on the player’s tank will now display the exact amount of armor it has, instead of a range. No more guessing means players have a better chance at surviving a battle and deciding when it’s best to hold back, or when it’s time to rush in and eradicate the enemy!

Additional Camouflage options have been added for tank lines from Czechoslovakia, Italy, USSR, and Germany, letting Commanders better customize (and hide) their favorite vehicles. Players will be able to take the new collection for a spin in the adjusted Map Rotation and face off on more equal terms, thanks to new Tank Balance Changes. In other Mercenaries news, Wargaming is happy to introduce fresh new armor options to bring to the battle – the German Mauerbrecher VK 168.01 (P) and the French ELC Even 90. Available only until June 10, the Mauerbrecher sports thick armor and a powerful 128mm gun. This tank is a double threat – with heavy armor to shield your team, and a gun capable of dealing massive damage. Available only until June 11, The ELC Even 90 is a light, mobile tank with excellent fire support – perfect for scouting, or high-speed smash and grab attacks.

As part of this World of Tanks: Mercenaries update, players will see a return to a very popular game mode – Commander Mode. Available from May 21 through May 27, this limited time mode provides an action-packed Real-Time-Strategy playstyle for fans who love on-the-battlefield strategy and tactics. Players will take control of multiple tanks, in an overhead isometric gameplay format, versus World of Tanks: Mercenaries’ traditional FPS-styled combat. Enhancements to Commander Mode consist of improved controls, including revamped mouse and keyboard controls, more tanks, the introduction of a new map (Berlin), and more. 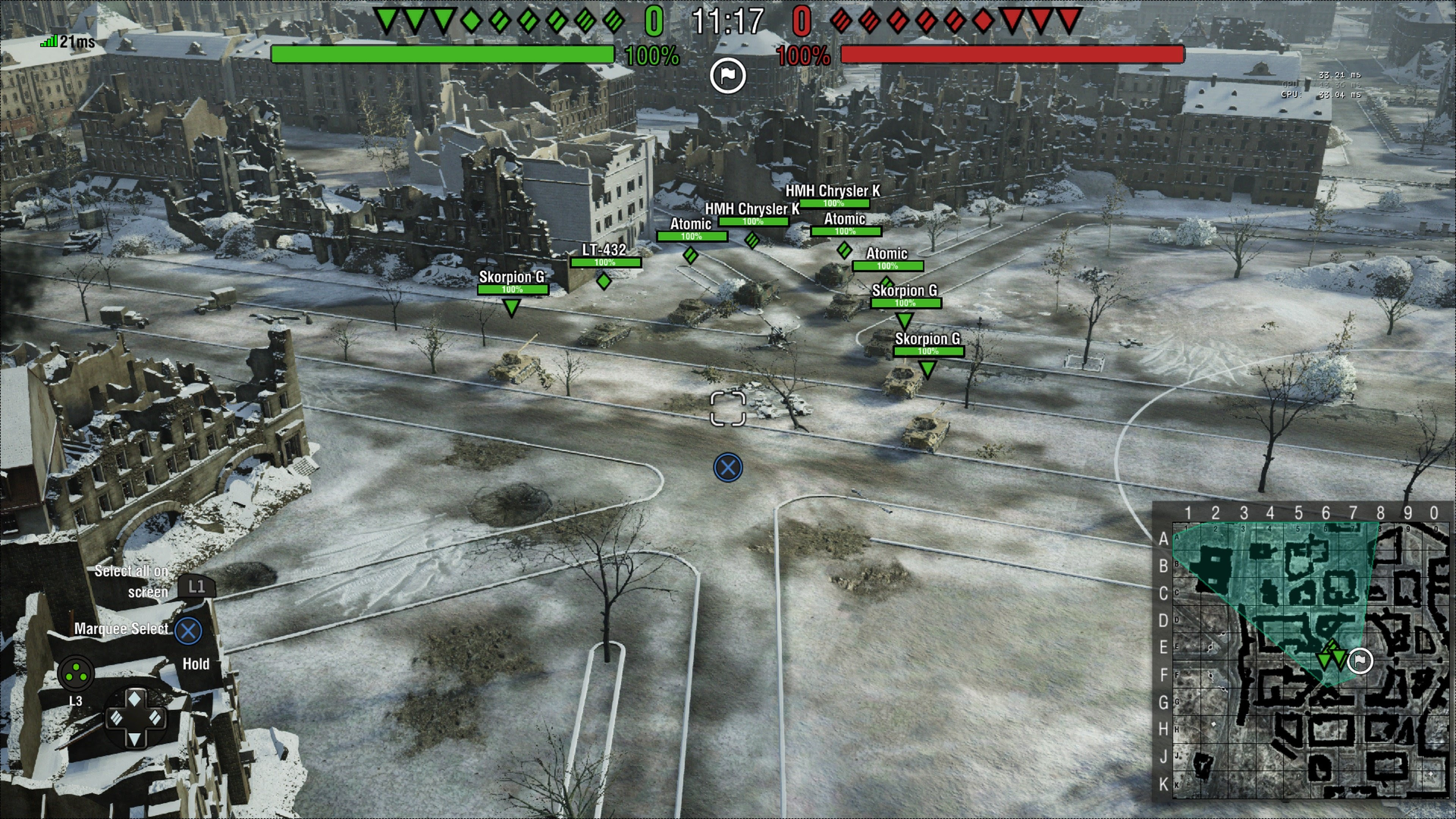 With summer on its way, Wargaming brings the newest edition of War Chests. This season’s War Chests include diverse content from the Commander’s War Chest, General’s War Chest, and the Heroes War Chest! With War Chests, players can get Gold, Consumables, Free XP, and powerful Premium tanks.

Last but not least, Deals of the Week returns on May 21 with two fan-favorite tanks! Players will get 50% off the Bear KV-122 and the Primo Victoria for one week only! With its powerful gun and improved aim time, The Bear KV-122 will become an instant favorite for the fans of Heavy tanks. The flexible Primo Victoria is a Swedish Tier VIII Medium tank unlike any other – combining superior spotting and built-in camouflage bonuses to make it incredibly flexible on the battlefield as both a scout and fire support. All Premium vehicles purchased from the in-game Store come with a 100% trained Crew, their own Garage slot, and a mix of standard and Premium ammo.

About World of Tanks: Mercenaries

World of Tanks: Mercenaries is a team-based massively multiplayer online action game dedicated to armored combat, created by Wargaming West in Chicago, USA. Players immerse themselves in fierce 15-v-15 tank combat with opponents from around the world and can fight it out on more than 90 different maps, and take command of their preferred vehicle out of over 740 tanks from 12 different nations. For the first time in the history of the World of Tanksseries, a new Mercenaries line allows players to forsake nationalities and take the wheel on a new range of powerful tanks, exclusive to the console experience.

World of Tanks: Mercenaries is played by more than 18 million players worldwide and is available on all generations of PlayStation®4, Xbox One, and Xbox 360. World of Tanks: Mercenaries can be downloaded for free by all PlayStation Network and Xbox Live account holders, with stunning 4K resolution and HDR support on PlayStation®4 Pro and Xbox One X. The epic, story-driven campaign mode War Stories can also be played for free, with regular episodic stories giving players the chance to rewrite history in immersive single-player and co-operative battles.

Wargaming is an award-winning online game developer and publisher headquartered in Nicosia, Cyprus. Operating since 1998, Wargaming has grown to become one of the leaders in the gaming industry with 4500+ employees and offices spread all over the world. Over 200 million players enjoy Wargaming’s titles across all major gaming platforms. Their flagship products include the massively popular free-to-play hit World of Tanks and the strategic naval action game World of Warships.

I am the owner of Cerebral-overload.com and the Verizon Wireless Reviewer for Techburgh.com. Ben’s love of gadgets came from his lack of a Nintendo Game Boy when he was a child . Ben vowed from that day on to get his hands on as many tech products as possible. Ben’s approach to a review is to make it informative for the technofile while still making it understandable to everyone. Ben is a new voice in the tech industry and is looking to make a mark wherever he goes. When not reviewing products, Ben is also a 911 Telecommunicator just outside of Pittsburgh PA.

Looking for a great deal on AMD RYZEN Chip's for your next build, or to upgrade your current rig?, Check...

SHENZHEN, China, July 22, 2020 /PRNewswire/ -- eMeet is a high-tech innovation and startup brand, which is committed to the research and development of...