NASA has selected Bechtel National, Inc., of Reston, Virginia, to design and build a second mobile launcher, known as Mobile Launcher 2 or ML2, for Exploration Ground Systems at the agency’s Kennedy Space Center in Florida.

The cost-plus-award-fee end item contract has a total value of approximately $383 million. Bechtel National will complete the design, build, test, and commissioning of the mobile launcher within a 44-month period beginning July 1.

ML2 is the ground structure that will be used to assemble, process, and launch NASA’s Space Launch System (SLS) Block 1B rocket and Orion spacecraft from Launch Pad 39B at Kennedy for missions under NASA’s Moon to Mars exploration approach.

It will consist of a base structure, the platform for SLS, and a tower equipped with a number of connection lines called umbilicals, as well as launch accessories that will provide SLS and Orion with power, communications, coolant, fuel, and stabilization prior to launch.

For information about NASA and agency programs, visit: 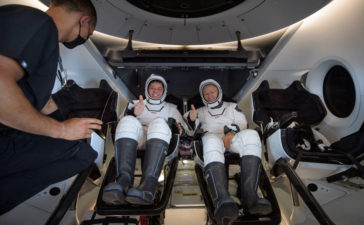 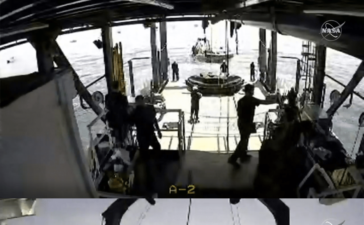 Two NASA astronauts splashed down safely in the Gulf of Mexico Sunday for the first time in a commercially built...