The wacky four-player co-op battle-bot game Frankie’s Revenge — in which players create their own junkyard warriors from everyday home appliances and then battle alien hordes — has received its first major update on Steam, adding more content than you can shake a tentacle at! In addition to the newly added Le Kraque level and boss fight, Rikodu has also made improvements to pre-existing levels in Frankie’s Revenge. The endings to Deadly Tides, Rising Waters, Smuggler’s Cove, and Nordic Crash have received a new coat of paint and play better than ever. Shiny and chrome, just like Frankie’s Revenge’s first boss, Juicy Joe, would have liked it (RIP).

The Frankie’s Revenge Supporter Pack — a bonus DLC of exclusive skins for robot parts and the hideout, as well as novel personality items — has been released for free to Frankie’s Revenge beta players and is available to purchase for top Frankie Fans who want to support the game’s continued development. Official language support for Chinese, French, German, Italian, Portuguese, Russian, and Spanish is part of the update and available now for players. 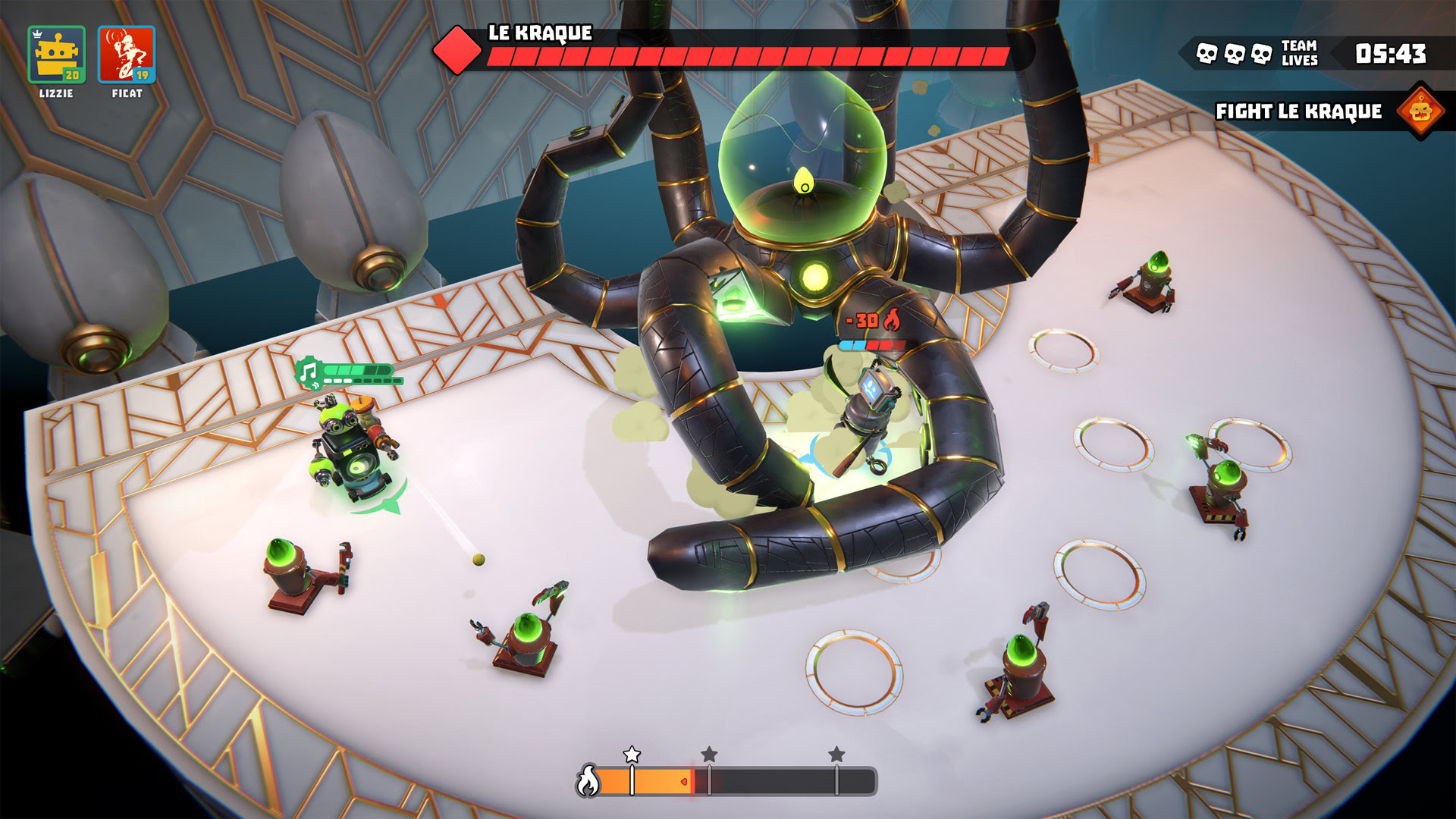 Cast aside and ready to rise from the ashes of the junkyard, sentient robot Frankie embarks on a quest for revenge against the megalomaniacal aliens that threaten his world of machines. In Frankie’s Revenge, players can build their own Frankie-bots, customizing each component — body, head, legs, main weapon, and offhand weapon — to suit their playstyles. Some parts work well together naturally to achieve classic squad roles which affect a Frankie’s overall health, energy, speed, and weight. Other combinations require a bit more creativity and finesse. With dozens of wacky parts and hundreds of combinations to choose from and challenging missions to conquer, Frankie’s Revenge is not to be missed!

Frankie’s Revenge is available now on Windows PC through Steam Early Access for $13.59 (at a 15% off discount during the Steam Summer Sale until July 10). For more information, please visit the official website here: https://www.frankiesrevenge.com.

Keep current with all the robot-wrecking devastation by following Frankie’s Revengeon Twitter, liking on Facebook, and joining the official Discord.