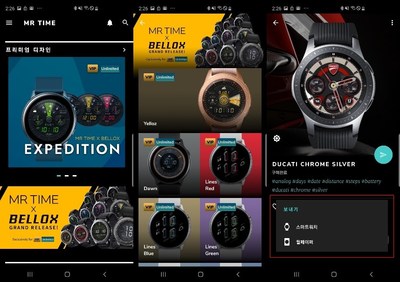 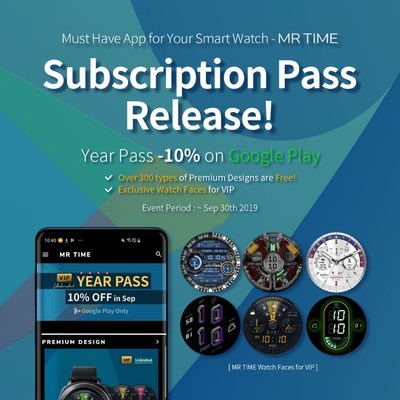 Apposter CEO Sean Kyung said, “We released a regular subscription model that adds even greater privileges to the existing in-app service as a way of expanding our fixed user base. By allowing unlimited use of high-quality premium design watch faces, previously only sold individually, through a single subscription plan purchase, we expect not only to enhance user satisfaction but also see an increase in the number of active users.”

The key business premise of MR TIME is that it is the world’s easiest and fastest way to create one-of-a-kind smart watches. It offers a DIY tool using a customization engine for easy construction of diverse watch face designs and is compatible with over 90 types of smart watch devices.

Since its inception in 2015, MR TIME has been downloaded over two million times. Individual content downloads number approximately 10 million, while 650,000 watch faces have been created thus far.