Through the partnership, LTE has become the first community organization to partner with GenE and will have access to GenE’s online tournament platform as well as the community support they need to maintain a supportive and toxic-free gaming environment. The LTE July GamePigeon 8-Ball Tournament is open to only female-identifying competitors and will take place on July 28, 2020, kickstarting both organizations’ renewed efforts to improve the visibility of female esports players in their early teens and those in varsity leagues.

“Gaming is about bringing people together in the name of fun, and in these challenging times, it’s more important than ever to promote respect, positivity, and fair play among today’s youths,” said Mason Mullenioux, co-founder and CEO of Generation Esports and HSEL. “That’s why we’re proud to collaborate with Lost Tribe Esports, which shares our mission to build supportive communities.”

“Young gamers and esports competitors who are just beginning their online presence through video games and social media are at an especially important time in their lives where they must learn how to treat their peers,” said Darlene ChaniMaya Postma, Special Projects Producer at Generation Esports. “As a community-focused organization, it’s our privilege and responsibility to host a safe platform for our members, and by aligning with organizations like Lost Tribe Esports which shares those same values, we believe we can make a difference within this industry.”

“We are creating a contemporary esports environment that is, both simultaneously and distinctly, Jewish,” said Lenny Silberman, Founder & CEO of Lost Tribe Esports. “Our gaming rules are guided by Jewish values, encouraging teens to reach a higher level of ethical behavior, greater sportsmanship, and a deeper sense of compassion toward one another. Creating a safe and inclusive gaming space is paramount to everything we do, ensuring that all teenagers feel welcome to participate. The Generation Esports team has been a critical partner of ours along this remarkable journey.” 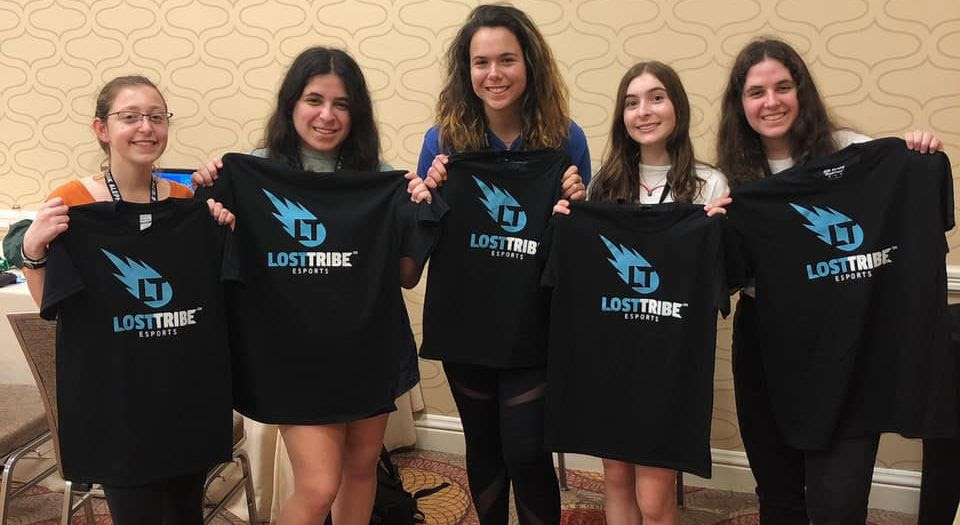 This year, GenE and LTE have together hosted several tournaments per week, including those for Fortnite, Super Smash Bros. Ultimate, NBA 2K20, Madden 20, Minecraft Survival Games, and GamePigeon 8-Ball.

Both GenE and LTE are dedicated to creating a bridge between education, higher-learning, and an entry point for young gamers to pursue a career in the professional game industry by instilling values which include fair play, inclusivity, and respect. With the high amount of cases of harassment and assault coming forward within the game industry, GenE and LTE have re-committed to offering their communities a safe, welcoming, and positive environment where friendly competition, education, and friendships can flourish.

A press kit with logos, photos, and videos is available here https://uberstrategist.link/GenerationEsports-PressKit.

Created by the founders of High School Esports League (HSEL) — the largest and longest-running competitive gaming organization for high school students in the United States — Generation Esports (GenE) serves communities across the world that wish to better engage today’s youth. GenE believes that esports is more than just video games; it’s competition, community, engagement, and relationship building. With over 3,000 partnered schools and 80,000 participating students within its HSEL alone, GenE makes it easy for communities of all backgrounds and ages to offer competitive esport experiences to their members. To learn more, visit https://generationesports.com.

Founded in 2016 by Lenny Silberman and entrepreneur and Olympic champion Lenny Krayzelburg, Lost Tribe Esports was created in order to unlock the Jewish potential of a global, communal esports platform. It works with tech providers, gaming industry professionals, foundations and community leaders to bring engagement through esports to JCCs, camps, day schools, youth movements, and Hillels throughout North America.

Partnering with local and national Jewish communal organizations, Lost Tribe Esports builds community through in-person and online tournaments, clubs, and events that attract a broad range of Jewish teens and collegians, and welcomes the participation of non-Jewish youth as well through JCCs. The gaming platform is barrier-free, ultra-social, and appeals to about three-quarters of today’s youth already gaming online with others on a nearly daily basis.

Lost Tribe Esports gives Jewish community organizations a compelling presence in the digital space, and brings Generation Z through the communal doors, engaging and re-engaging them in Jewish life and identity. To learn more, visit: https://losttribeesports.org.