Horror Fans: Harridan Vodka’s Paranormal Reserve is the Spirit You Need this Halloween 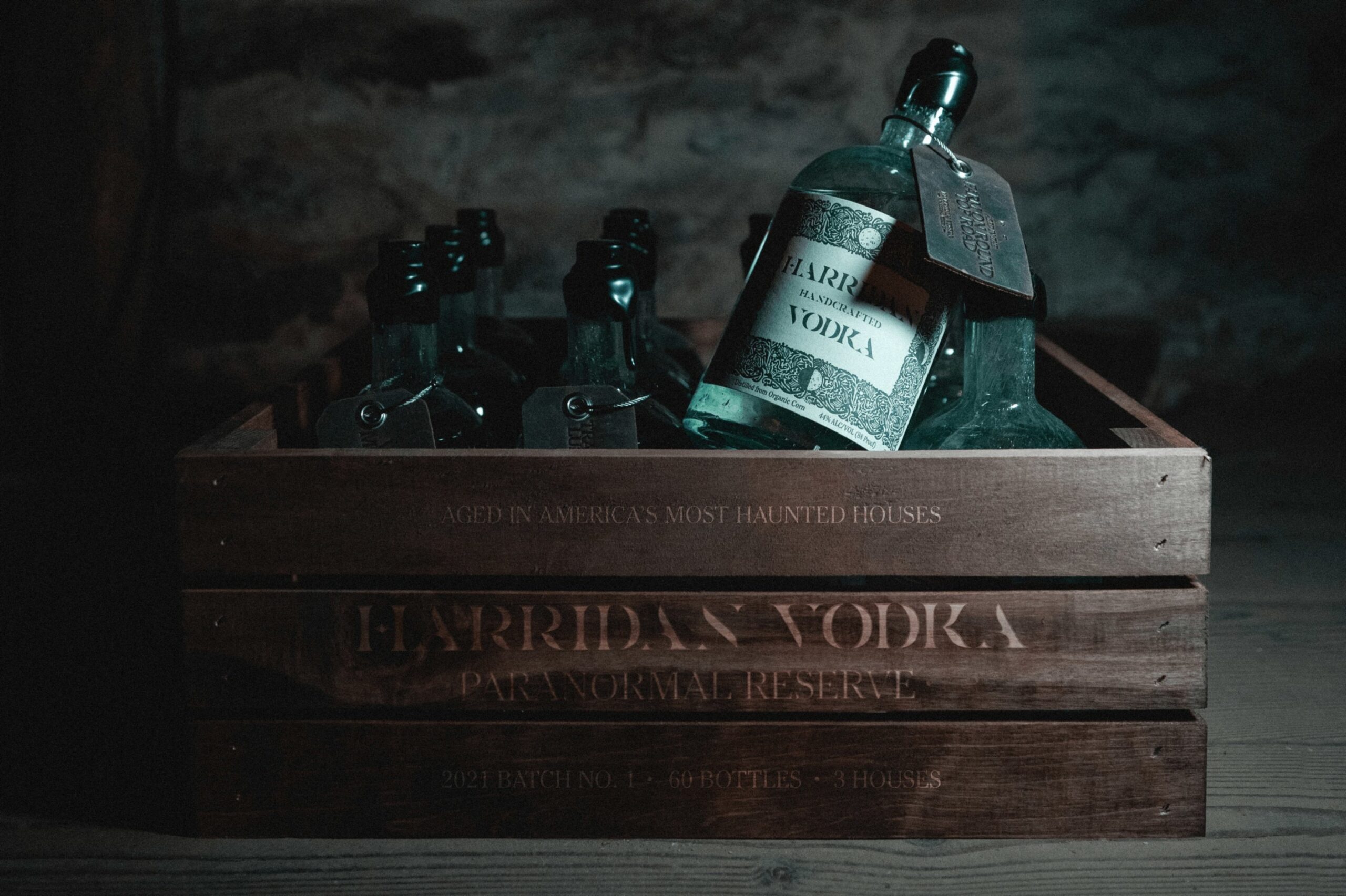 Harridan Vodka normally takes its cues from the occult and witchy, the brand entered a darker category for Halloween with its newly released “Paranormal Reserve.”

Available starting October 13, the Reserve includes 60 limited edition bottles, rested for seven days in three of America’s most haunted houses: the Villisca Axe Murder House, Trans-Allegheny Lunatic Asylum, and Farm on Round Top Road, which inspired the movie The Conjuring.

Each has a harrowing story.

The Farm is the site of intense paranormal activity and housed the infamous Annabelle doll. The bottles were placed in the most paranormal sites of the house: the seance room, basement, and upstairs bedroom.

Iowa’s Villisca Axe Murders House, the site of a horrifying 1912 murder, is reputedly haunted by the spirits of the victims yearning for justice. The bottles rested in the attic.

Finally, the Trans-Allegheny Lunatic Asylum once housed 2,400 patients who are rumored to still roam the halls today. The bottles were placed in the lobotomy room, where as many as 900 people were tragically lobotomized.

Each bottle is filled with the award-winning 88 proof spirit. Packaged in an engraved wooden box, each bottle comes with a hand-numbered leather tag indicating in which house it rested. Additional accessories include gloves for safe handling, information on the history of the house, its paranormal activity, and details on where the bottle rested.

“For our first Halloween since launching Harridan, we created something first of its kind for our fellow paranormal and occult enthusiasts,” says Bridgette Taylor, Founder and CEO of Harridan. “As a brand inspired by the witches – and those mistaken for them – of the past, it felt natural to create the ultimate spirit for the holiday that celebrates them.”

Harridan, which means “bossy, belligerent old woman,” is an homage to the bold and bellicose women of the past, whose defiance often made them a target. It was designed for a new generation of considered drinkers, who are tired of obsolete gender dynamics in the alcohol industry, and appeals to a growing, societal interest in spirituality, mysticism, and self-determination.

“We’re a feminist spirit,” says Taylor. “But that doesn’t mean we can’t be dark. We designed Harridan to defy what is expected of women in the industry, and the Paranormal Reserve is just the beginning.”

For those brave enough to try it, bottles are available for purchase in select NYC liquor stores, with shipping nationwide. $140 SRP

Amazon Hiring for 23,000 jobs Across Cities and Towns in California

Amazon Hiring for 150,000 Seasonal Jobs With 4,500 Available in Cities and Towns Across Illinois

In Case you Missed It

Amazon Hiring for 23,000 jobs Across Cities and Towns in California

Amazon Hiring for 6,200 Seasonal Jobs in Cities and Towns Across Arizona

Amazon Hiring for 150,000 Seasonal Jobs With 4,500 Available in Cities and Towns Across Illinois