VR Experiences inspired by “Ready Player One” to also be Released to VR Arcades, Viveport and Steam to Coincide with Theatrical Release of the Film

AUSTIN, Texas, March 8, 2018 /PRNewswire/ — HTC VIVE™ and “Ready Player One” today announced eight pieces of virtual reality content inspired by Steven Spielberg’s new action adventure, “Ready Player One.” All eight pieces of content can be enjoyed on Vive, at home or at location-based VR arcades across the country and will be free to download on Viveport and Steam before the film’s March 29, 2018, release, with multiple experiences debuting at South by Southwest® (SXSW®) Conference and Festival for press and attendees. 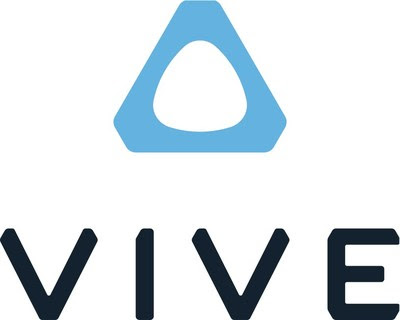 “‘Ready Player One’ has inspired both the current and future state of the VR industry and Vive is in a unique position to deliver on the promise of VR today,” said Joel Breton, GM of Vive Studios. “We’ve brought together a group of our favorite developers to bring content inspired by ‘Ready Player One’ to life in a way that resonates with audiences long after they have left the theater.”

HTC Vive has partnered with many of the top developers in VR to build experiences that capture the essence of the “Ready Player One” universe. Multiple VR titles will release this month ahead of the film’s release. In addition, a portion of these titles will be made available to VR arcade operators leading up to the film’s release.

To submit for the arcade program, please visit: http://bit.ly/VRARCADE

For images and assets on these titles, please visit the Vive Blog.

About HTC VIVE
VIVE is a first-of-its-kind virtual reality platform, built and optimized for room-scale VR and true-to-life interactions. Delivering on the promise of VR with game-changing technology and best-in-class content, VIVE has created the strongest ecosystem for VR hardware and software, bringing VR to consumers, developers and enterprises alike. The VIVE ecosystem is built around the best VR hardware in market, supported by VIVE X, a $100 million accelerator for VR and related technology start-ups, Viveport, a global platform and app store with the world’s first VR subscription model that operates in more than 60 countries, and VIVE Studios, its VR content development and publishing initiative. For more information on VIVE, please visit www.vive.com.

Warner Bros. Pictures and Amblin Entertainment present, in association with Village Roadshow Pictures, an Amblin Production, a De Line Pictures Production, a Steven Spielberg Film, “Ready Player One.”  Opening on Thursday, March 29, 2018 in 2D and 3D in select theatres and IMAX®, the film will be distributed by Warner Bros. Pictures, a Warner Bros. Entertainment Company, and in select territories by Village Roadshow Pictures. This film has been rated PG-13.

COMPANY TO GIVE OUT 100,000 SMOOTHIES FREE NATIONWIDE TO HEALTHCARE WORKERS, FIRST RESPONDERS & COPS