Marseille and Mountain View, September 17 In 2027, NASA’s Lucy mission will for the first time fly by Jupiter’s Trojans, primitive bodies that hold crucial information about the history of our solar system. This is a journey citizen astronomers will soon be able to join: Unistellar, the citizen science startup, is pleased to announce that two of its eVscopes have been the first telescopes to gather critical data about the asteroid Orus, one of Lucy’s targets.

One of the unique features of the Unistellar eVscope is that its users can easily become citizen astronomers. In just a few minutes, they can set up their digital telescopes and have them point at any interesting celestial object to gather accurate scientific data while they are observing it. This capability recently made the news when Unistellar and the SETI Institute signed an agreement to develop citizen astronomy by leveraging Unistellar’s large network of connected eVscopes.

Recently, NASA asked the astronomical community to contribute to its Lucy project. Because many uncertainties surround its six targeted asteroids, NASA needs help to better understand their shape and trajectories, and therefore to improve the path of this $450 million spacecraft. Determining the shape and size of an asteroid will, for example, allow engineers to optimize the exploration schedule, and increase the science return generated by the mission. 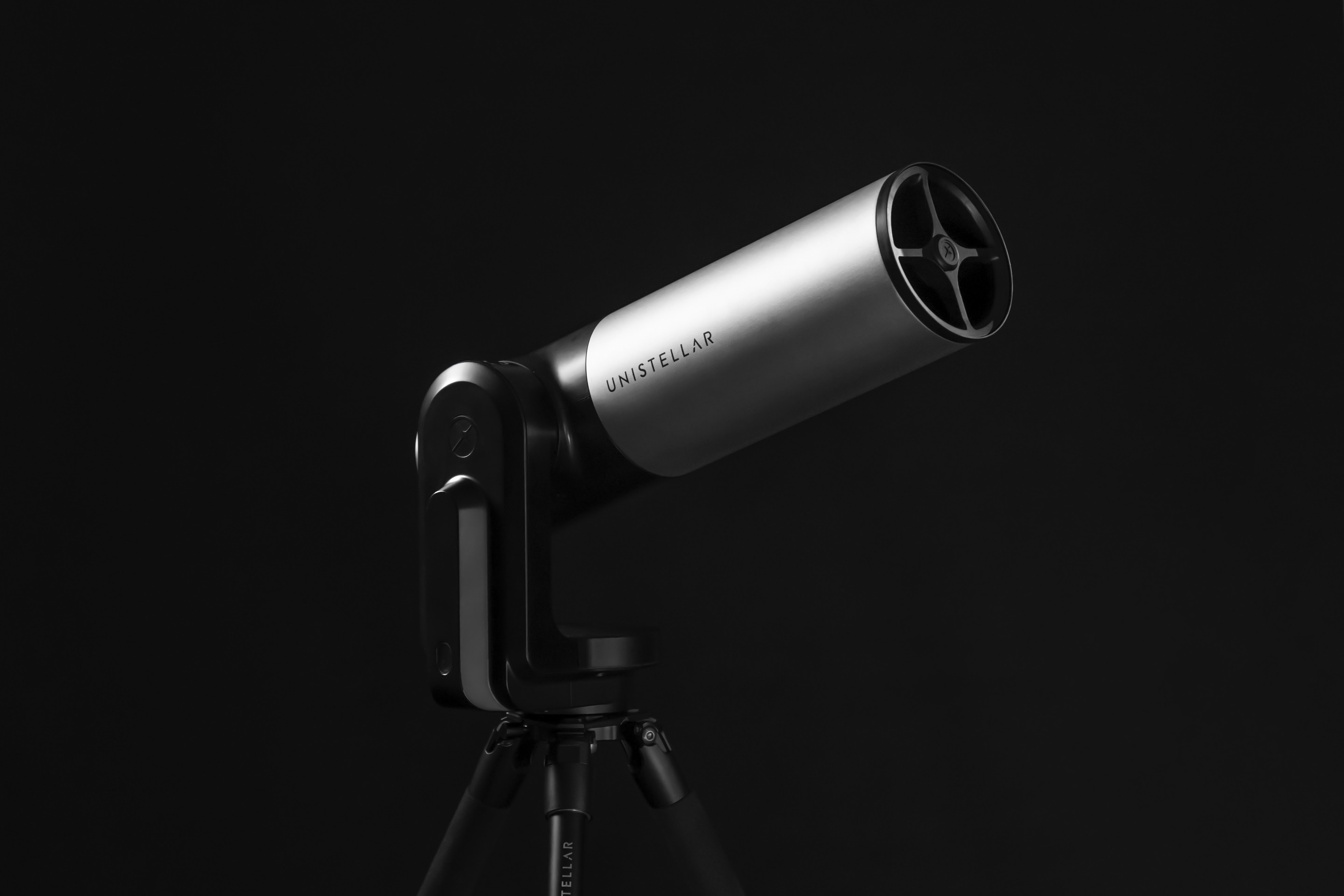 On September 7th, a Unistellar team flew to Oman for the world’s first demonstration of citizen science using the eVscope. Oman was the most favorable spot on Earth from which to observe Orus. More precisely, what observers could see was Orus occulting a magnitude 11 star, an event that generated a light curve full of valuable information, such as a precise estimate of the position of Orus as well as an estimate of its size.

“Orus was recently discovered, in 1999, and much remains to be learned about it. Its shape is poorly constrained and we don’t know if it possesses one or several satellites, which would obviously have consequences for the design of the exploration  phase of the Lucy mission” declared Dr. Franck Marchis, senior astronomer at the SETI Institute and Unistellar’s Chief Scientific Officer. “This is the first time an Orus occultation has been observed. We were at the right spot, and everything worked perfectly. One station located near Khalil, Oman detected and recorded this occultation while the other one only 30 km away did not see anything. In the future, it will be as simple as pushing a button on the Unistellar eVscope’s app for users to participate in these campaigns.”

This work will be presented at the EPSC-DPS meeting by Dr. Franck Marchis in Geneva on Tuesday September 17.

The Orus asteroid occulting a star, in the middle of the screen

The predicted path of the occultation was provided by Marc Buie, Astronomer at Southwest Research Institute using a combination of observations from the ESA space telescope Gaia, and ground-based facilities like PanSTARRS, as well as other robotic telescopes. A new occultation by Orus will be visible in Australia in November of this year.
With Lucy scheduled for launch in October 2021, Unistellar eVscope users will have multiple opportunities to contribute to NASA’s mission. More than 2,500 connected telescopes have already been preordered worldwide, with the first ones shipping soon.
“This achievement of the Unistellar telescope is a powerful demonstration of how transformative this instrument is for amateur astronomy and citizen science” said Bill Diamond, CEO of the SETI Institute. “For the first time in history, an affordable and portable telescope can make real contributions to serious science!  We’re delighted to be the science partner for what is truly a game-changer for astronomy and for science education.”

About Unistellar
Unistellar is the start-up behind the eVscope, a unique, compact, and user-friendly digital telescope. Its light-amplification technology allows users to observe galaxies, nebulae, and comets in unparalleled crisp and colorful details. In partnership with the SETI Institute, the Unistellar eVscope also allows anyone to contribute to astronomical discoveries while observing.
The Unistellar eVscope received a CES Innovation Award in 2018 in the category Tech for a Better World and has been nominated for a SXSW 2019 Innovation Award. It has raised more than $3 million through crowdfunding, and more than 2,500 digital telescopes have already been preordered.

About SETI Institute
Founded in 1984, the SETI Institute is a non-profit, multi-disciplinary research and education organization whose mission is to explore, understand, and explain the origin and nature of life in the universe and the evolution of intelligence. Our research encompasses the physical and biological sciences and leverages expertise in data analytics, machine learning and advanced signal detection technologies. The SETI Institute is a distinguished research partner for industry, academia and government agencies, including NASA and NSF.

The AIWAYS Automobil-Ausstellung: AIWAYS U5 all-electric SUV on display at Frankfurt central station

TCL Launches First Televisions with Android TV in the U.S.